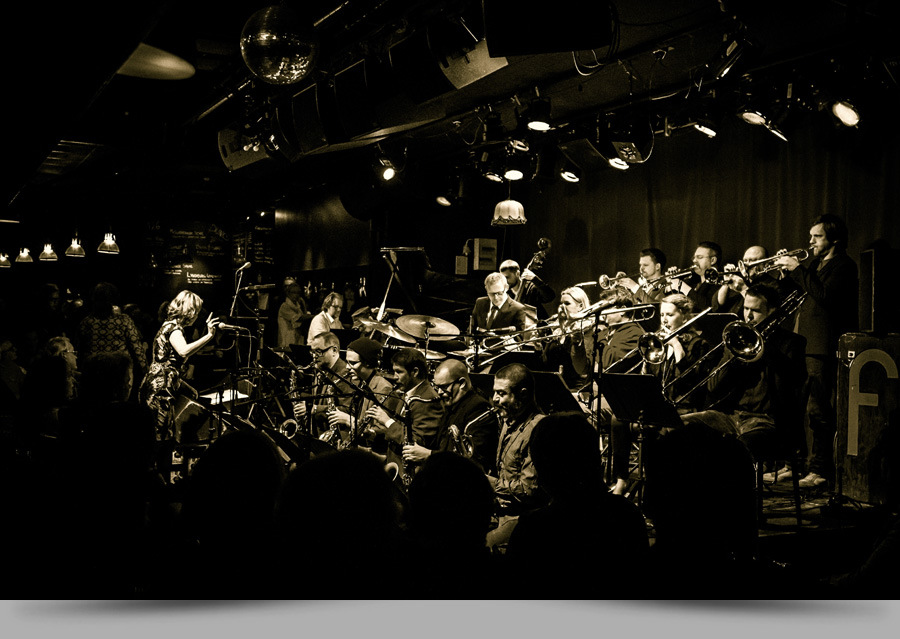 This 19-piece orchestra is a special project of mine. We play my arrangements and compositions, and I have the great pleasure to work with some of the top names in Swedish jazz. I am so grateful to them for  making every concert so exciting and joyful!

We started out with our first rehearsals in 2010, and played our first gig at jazz club Fasching in Stockholm in January 2011. Since then we have played at many major venues and festivals throughout Sweden, several of which were broadcast live, in prime time, by Radio Sweden. ASJO was also invited to perform live on one of the most popular evening television programs – Gokväll.

An intimate hour-long TV portrait captured my hyphenate careers as composer, conductor and bandleader, with the documentary airing as part of Swedish television’s prestigious “Musik Special” series in April of 2014. Filmed over a year, the production company showcased many different aspects of my work with different bands, among them the ongoing evolution with ASJO.

We´ve made two records, and both of them have been critically acclaimed. Now we are about to make the third one which will be released in 2017.
Foe more details see Reviews :
Swedish
English

THE STORY OF US